You Can Paint if You Want to, but Wallpaper is Easier to Clean

I am truly blessed because even as we speak I am smack dab in the middle of publishing my second novel, Eden’s Wake. 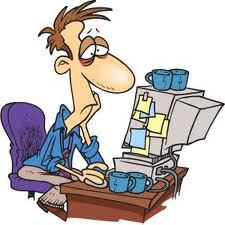 I received the first half from my publisher’s editor and after having a chance to scrutinize the text myself, I sent it back with my comments. Now the first half is complete and I am working on the finale.  The cover will be ready by the end of the week or the beginning of next week. Everything’s looking good for a release date coming soon.

This gives me a chance to look back over this novel from its conception. I originally completed the manuscript in late 2008. I put it aside to begin other projects. When I came back to begin rewrites, it hurt to read the mess that I had written. I rolled up my sleeves all the way to my arm pits and began to rewrite.  Once I finished, I was still not happy but no longer ready to shred the manuscript. I knew the story had promise which made me more determined to end up with a useable product. (Notice I didn’t say a “sellable product.”)

I continued to write, if not on new projects, then I persisted in beating my head up against Eden’s Wake. Then the day came I thought it time to test the waters. I don’t remember what year it was; it’s all kind of a disheveled blur.  Suffice it to say, I received a sufficient amount of rejections to wallpaper the complete interior of my home.

Undaunted (if you want to believe that one), I continued to find more mistakes and correct them just knowing that someday (hopefully before I was dead), that I would find someone who would publish this monster I had created.  Then upon a whim, I began a rewrite to end all rewrites. By the time my rewrites to end all rewrites had been rewritten, I had a novel that I didn’t recognize. Pleased with this new assortment of words, I just knew that the 1349th time would be the charm.

Little did I know that the wallpaper would keep rolling in. I knew there was something wrong, but what was it?

Then one day while throwing my balsa wood airplane (with a little red propeller and rubber band) from the special perch I constructed on top of my giraffe’s head, Archibald, it hit me. I scrambled down, jumped into my Land Rover and drove the grueling 38.7 feet to my back deck.  I ran to my writer’s room, opened my computer and within a month or two had my manuscript finally tweaked.

And the rest is history and so is the wallpaper.