Don’t ya just love cliché’s? There’s one in particular I’ve heard most of my life, and that is: the pen is mightier than the sword. I know what Edward Bulwer-Lytton was trying to say in 1839, and it certainly rings true, but when I attempt to embrace it, try as I might, I cannot. Each time the saying comes to mind, even though I’m a writer, I envision myself bringing a ball point pen to a sword fight–not a pretty sight. Nuff said.

Since I brought up the subject of being a writer, I’d like to mention the many new words you run across as you write. Along with writing, I’ve always had a good memory. Put the two together, add a little curiosity, and you’ll come up with someone who has a flair for trivia. I often receive compliments on my ability to retain a myriad of information, which translates into a  proficiency for trivia. Now, we all know what trivia is–which means my claim to fame is a head full of useless information.

I hate to say it, but it looks like I’ve written myself into another corner. On the plus side, that’s more work for me.

Earlier in life, I fancied myself a musician headed for the big time. Oh, I guess you could say I had my moment in the small time limelight, but that’s about as far as it got in my world of hard rock mania. I quit the band about six months before my son was born. I figured it wouldn’t be right trying to raise a child and play music every weekend. It turned out to be the right decision.

I did, however, continue to beat on my acoustic and would occasionally fire up the Les Paul for my rock fix. This also turned out to be the right decision. I would hand my little buddy a pick and sit down to play for him some of his favorite tunes. We’d dim the lights in the house, maybe light a candle or two, and I’d begin to play and sing “Wooly Swamp” or  “Black Water Hattie” and let him use his pick to scratch down the strings every once in a while. When he got older, he began to listen to my favorite band, “RUSH.” He began to play bass and after a while we started learning “RUSH” tunes. We saw them in concert in 2002 and every year they toured after that, until their 40th anniversary in 2015, which turned out to be their farewell tour. They were good times.

In fact, my son was the reason I began to write. On a surf fishing trip to Cape Hatteras, after I was informed that a layoff was on the horizon, he suggested I give writing a try. He had read several of my short stories and thought writing may be a good fit. I wasn’t sure I had a novel in me, being so used to penning short stories. I gave it a try, and my fourth novel entitled “DEADLY REIGN” is due to be released in March 2017. Never hurts to try!

Are you into movies? If so, I’ll assume your favorite gems on the big screen bridge over into your preferred genre in the novels you read. With all the assorted subjects flying out of Hollywood and bookstores, you pretty much have your pick on what you read or view these days. As usual, the stories we enjoy begin with words and over time make their way onto the silver screen.

For some time now, the comic books we all read as kids are gaining popularity, not just in print, (today referred to as graphic novels) but in movie form, also. Marvel seems to have cornered the market with DC a ways behind. I personally don’t have a favorite, but enjoy them all. With the computer generated special effects of today, things can be brought to life through a process called, “Go Motion,” first used in Jurassic Park in 1993. For the first time, characters only in our imagination could be brought to life in a realistic manner. Gone were the days of stop motion animation and the jerky figures it produced.

I enjoy the comic book heroes brought to the big screen format as well as on my flat screen at home. Being a science fiction and fantasy writer, it brings a new dimension to the characters I create for my novels. And who knows?…Maybe one day I’ll see a novel I’ve penned on the silver screen. I just hope it’s not filmed as the old Godzilla movies were with men jumping around in suits. Who knows? Maybe claymation will make a comeback, and then I’ll have it made. 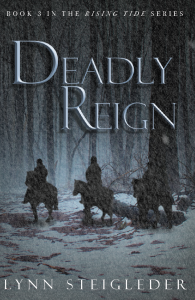