Don’t Worry, You’ll Get That Hour Back in a Few Months

Once a year, we come to this place in time. Personally, I enjoy this stage of the year more 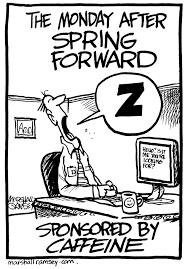 so than its competitor, and I believe my view is shared among the populous. What am I talking about?…Daylight Savings Time, of course.  Two states decline to indulge in this extra hour of light that most hold dear, those two being Hawaii and Arizona. The downside to this changeover is a loss of an hour of sleep; however, this deficit is so short it hardly matters after the first day or so.

Moving time around, even the slightest bit, can cause odd behavior. I can’t help but wonder about those who attempt to arrive at work an hour late, blaming this on the hour change of the clock. If they’re not careful, their plan will go array for this scenario only works during the November change to Eastern Standard Time.

However you prefer your time, you can revel in your extra hour of light courtesy of Daylight Savings Time or enjoy the dark of Standard Time. Either way is fine, for one thing is certain; time stands still for no man.

See you next week!

I Might Just Be Afraid to Sit in That Thing 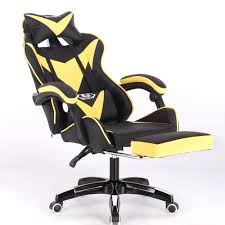 Have you ever taken the time to notice how many different products are made for our comfort and support our health ergonomically? Why, even the chair in which I’m sitting is supposed to caress my gluteus, soothe the lumbar area of my spine, and treat my cervical discs to a champagne dinner.

We can swing upside down and traverse the country on two wheels in our own home right side up.

Televisions hang from the wall–I mean flat screen monitors–are suspended to further pleasure our viewing experience by relieving stress on the neck.

Keyboards are affixed to articulating arms that will move in any direction including those the operator won’t.

Specialized arms on rolling chairs along with specialized hand grips on every implement from the garage to the kitchen will cut down on blisters.

No longer do we have just a front seat for the family car, for now it is a totally ergonomic cockpit into which we climb to navigate from point A to point B. These are just a few of the items  with which we live in the 21st century to make our life that much better.

Yet never have I heard more grunts and groans or seen more advertisements for pain relief than we have now. For each activity in which we participate there are multiple injuries (mostly minor) with a plethora of cures, from salves to heat packs and miniature electric stimulation machines. Oh well, I guess if we cause it, then produce something to fix it we’re batting 500. 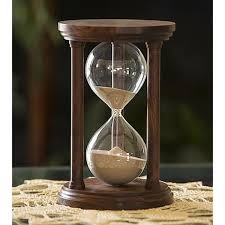 When the New Year popped up, it supposedly erased all traces of the old year. For my benefit, I’m unable to tell a single iota between the two. And, so it goes year after year. Even though this may enhance a bit of boredom after the festivities of changing from December 31st to January 1st, time remains a fickle mistress as it controls everything we do. You might even say, we’re time slaves.

Time tells us when to sleep, when to wake, when to eat, when to go to work, when to come home. Every task we participate in no matter how small is dictated by the hands of our clocks.

We even allow time to tell us when food spoils. For instance, any package of food in the supermarket will have an expiration date. Let’s say this date is 7-8-20. Does this mean that the food in question is perfectly wholesome on July 7, 2020, but is unfit to eat a day later? That’s what they would like us to believe. (If you are wondering who “they” is, that’s another blog.)

Our kind even puts expiration dates on things that never really expire, and these items are usually associated with the enrichment of oneself such as lottery tickets or sweepstakes of any kind. And, don’t you just know the state that issues a lottery ticket that is never turned in is collectively turning back flips within their borders.

Even our printed money is given a life span and once that time is over, collected, destroyed, and replaced.

Before we had modern day time pieces, we used celestial bodies to give us the time of day. A crude object called a sundial was developed to redirect the sun rays into a pattern that would give early man a sense of time.

Regardless of how we feel, seconds turn to minutes, minutes to hours, hours to days, and there still is never enough time. 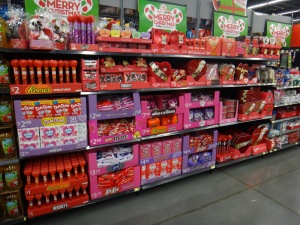 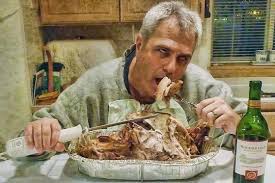 It’s the Monday after Thanksgiving, bright and early in the morning. The sun is shining giving the promise of a splendid day ahead. I am sitting at my writer’s desk penning my blog for the new week ahead and for some reason contemplating lunch which is several hours away.

Why, you ask, would I be thinking of the second meal of the day having only just broken my fast from the night before? My answer to you, as if you haven’t already guessed, is my previously planned fare for this midday meal. Yup, it’s a turkey sandwich, my staple for the past five days.

Fresh in my mind I remember alluding to the cache of leftovers in last week’s blog that would invade my diet for the next week. However, this overabundance of foul fowl may be perceived as pro or con.

Some folks could eat turkey every day if not every meal. For my tastes once a year is quite enough, which is why we have prime rib for Christmas.

I just glanced at the sundial on the wall, and see that it’s time for the 12 o’clock force feeding. To everyone who shares my feelings for eating  one of the smartest avians in the wild . . . when grown in captivity . . . not so much. Hang in there, this soon will pass.

Hush Up That Snoring Then Get Over Here and Eat 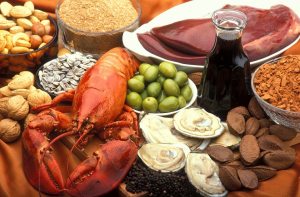 Well, here it is again. That day of days that comes, but once a year. Not just once a year, but once a year in the same month (November) and on the same day (the fourth Thursday). What you ask could be this day? Why naught, but Thanksgiving, where we gorge ourselves on fowl, stuffing, potatoes, gravy, breads, all manner of vegetables, candied yams, cakes, pies, and many more delicacies too numerous to recall. And what do we do after finishing this great feast?

Leaving a puddle of drool to mark our bedding down area, we arise to feed again. It’s much like the instructions on our shampoo bottles, wash, rinse, repeat. And just like our shampoo, we may repeat these instructions as many times as we like each day. These meals usually take the form of turkey sandwiches and whatever is left from our lunchtime ritual. Then one day the bird and all the fixins have been consumed not to be eaten again for another year.

Personally, I think we should take a hint from the fare served at the first Thanksgiving. From what I understand, turkey was a no show, but that opens the door for what did make an appearance at this extravaganza which was lobster, oysters and clams. Kinda makes you wonder what happened in the translation of recipes from then til now.

What outshines the food no matter which century you’re in, is spending time with family and thanking our heavenly father for the bounty he bestows on us each day.

Clichés can be good or they can be really bad. Case in point, the one cliché that has stood the test of time and is a mere one word 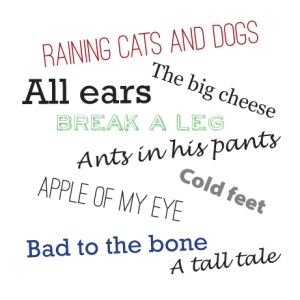 long is, “cool.” Other clichés include, “You can’t judge a book by its cover,” which is something the majority of people do when purchasing a novel.

“What doesn’t kill you makes you stronger.” Taking a moment to think about this saying makes it clear that the cliché fails to produce an overabundance of sense. If I’m dead, then game over. If I manage to survive this harrowing experience, I’ll probably remain skittish of whatever it was that nearly took my life.

“Innocent until proven guilty.” We all know that once you’re accused, you are automatically guilty in the eyes of the people. So, we might as well skip the middle man and stamp guilty on the suspect’s forehead.

I try to shy away from many of the new clichés that jump out every so often, especially in my writing. Some of the most notorious being, “My bad” . . . “What up” . . .  and one of the most overused, “Let’s do this.”

All in all, one that certainly rings true, yet if taken literally leaves one of two sides at a severe deficit, is “The pen is mightier than the sword.”

I realize that clichés have literal and alternate meanings; however, it’s a lot more fun bringing them to you as I have . . . still I can’t imagine bringing a pen to a sword fight!