I Make it a Point to Write Every Day Except Sunday 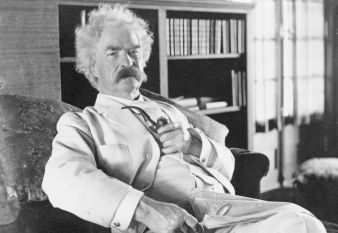 I make it a point to write every day except Sunday. Even though I’ve said it before, I’m still fascinated by the way a reader will embrace a character that is contrived by little more than a thought. I will have to admit that bringing emotions out of one who reads my work is extremely satisfying. It confirms that I am doing my job as an author.

Writing YA and NA I feel it necessary to avoid bad language and sexual situations; however, when one is destroying vile entities and the like, violence is unavoidable.

Most of my plots travel along the lines of science fiction, fantasy, and action adventure. I have the pleasure of creating new domains, a plethora of good and bad creatures, and story lines that travel through primitive and advanced worlds. These realms occasionally delve into time travel, bringing me a great deal of gratification, as I write.

I enjoy pleasant endings; however, it’s not always possible to conclude each novel in such a fashion. In fact, I find myself ending books in the negative to make them more believable or even more conducive to a sequel.

In short, I love every aspect of creating a story from conception to completion. I guess, I chose the optimum career path as I have heard, “If you find a job you love, you’ll never work a day in your life.” Now, I can confirm this quote is about as accurate as a quote can get. Since it is attributed to Confucius, Marc Anthony, and Mark Twain, it truly takes time, distance, and geography into consideration.

I hope you’ve enjoyed the ravings of an author and allow the love of God to penetrate your heart. Please be in pray for the children, teachers, law enforcement, families, and friends involved in the Uvalde School shooting.

Once Again, I Find Myself Forging Through Another Bout of Wondering 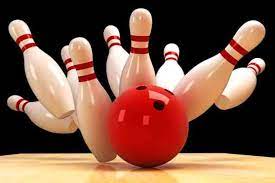 Once again, I find myself forging through another bout of wondering. If you remember in a blog post not so long ago, I was caught in the dilemma of archaic typewriters. This time I seem focused on things I did as a young adult, some good, some not so good, and some not so good, good. I do believe, my mind’s eye, ear, nose, and throat are pulling me toward the days I spent at the bowling alley.

At one time, I bowled on a league. Our team consisted of me, my girlfriend, her brother, and another gentlemen from her work. We accessed this league through her employer.

One night a week, we bowled three games with all the included teams placed by rank based on their weekly scores. We usually hovered somewhere around last place knowing that if we strove for mediocrity, there would be nowhere to go but up.

At this particular time in my life, I was known to diligently search for the bottom of a beer bottle. Of course, being a young man in my early 20’s, I was not opposed to saving a buck wherever possible.

Now, what could be better than knocking down a few cold brews while enjoying one’s favorite pass time? Therein lies the problem.

I believe we captured sole possession of last place that year. That was quite a while ago and I do not recommend attempting to copy my shenanigans. For one, it was dishonest, and two, no one needs to drink that much – period.

Have a great Monday, a fantastic Tuesday, a wonderful Wednesday, a stupendous Thursday, a marvelous Friday, and a great weekend.

May God keep you and bless you. May God shine his countenance upon you!

I Do Believe the Past Two Weeks Have Been Slow…Not 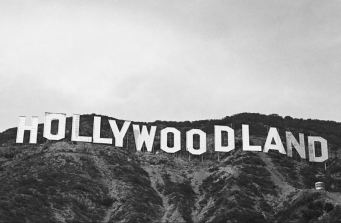 I do believe it seems the past two weeks have been slow as far as writing, rewriting, editing or further changing the present story line in my latest novel are concerned. Of course, I know that’s not true for I have enough work to keep me busy for quite a while. Maybe, I feel as though the thoughts I wish to convey to the readers of my blog are too important to pass by . . . yeah, that’s the ticket. That’s the pretense I’ll use to publish this post on useless information . . . and they’ll be none the wiser.

Do you realize that the fruit enjoyed by nearly everyone come summertime is not the fruit we all think it to be? Attempting to pass itself off as cantaloupe, the muskmelon worked its way into our hearts via the taste bud.

Allow me several seconds to sneeze . . . . . . Thanks, as you well know, no one can sneeze just once. It’s those multiple sneezes that get me, knowing my heart stops with each swoosh of air . . . or not. Once again, we are led down a road of deception. Contrary to popular belief, the heart continues to pump blood through our circulatory system when sneezing.

Guess what other ploys of deceit have been thrust down the paths we trod? You do know that a frog will jump from a boiling pot of water, but a frog placed in tepid water and slowly brought to 212° will cook to death in his own stupid.?Slow down a moment, even the tiny-brained, web-footed, amphibian has more sense than that. C’mon, give a guy a little credit. (This was so important; it held ground in an earlier blog.)

Last but not least, the iconic Hollywood sign is something we have all seen. Whether from a movie theater, the television screen, or an airplane window, the verbiage making up the image at one time read, “Hollywoodland.”

Thank you, for allowing me several minutes of your day. I do so hope you were able to glean a bit of information or enjoyment from my humorous brain blast. As always, have the best week you’ve had in your time on this Earth, and may God bless you and yours richly!

As I Sit in Front of My Computer Screen, Hashing Out My Next Novel, Occasionally My Mind Will Wonder 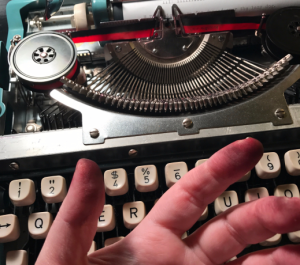 As I sit in front of my computer screen, hashing out my next novel, occasionally my mind will wonder. One topic that seems to be my go-to (brought about by the ability to write on an electric screen) concerns the way people accomplished tasks not so many years ago, as opposed to today.

I remember watching someone type. The die would physically strike a piece of paper through a ribbon infused with ink transferring the letter. By pressing any number of keys labeled with the alphabet, numbers, and a plethora of various symbols  printing process actively delivered letter to paper. These older keyboards are not unlike today’s computer keyboards save where the years between the two would dictate that necessity.

Heaven help you if the misfortune of making a mistake ever crossed one of your hard fought words. You had two options: discard the page and totally retype or use an archaic small piece of white paper. This you held over the offending letter, struck the paper and letter a second time to transfer the white substance that, in theory, covered the mistake and gave you a clean surface to retype the correct letter . . . Good luck.

The fun part of a day’s work with one of these machines was maintenance, such as changing a ribbon. If by fortune you inherited this task in the morning, you could spend the remaining hours of your day covered in a non-removable black ink.

As an author thinking, about using one of these ancient devices to pen a novel makes me want to pick up pencil and paper.

Well, how about that trip down memory lane. It’ll make you think next time you complain about your modern-day typing device.

Have a great week, and may God bless you and yours!

London Bridge is Falling Down 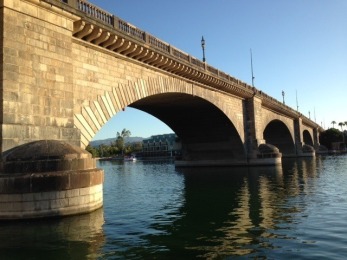 Of course, you remember the childhood song, “London Bridge is falling down, my fair lady.” As the story goes, the bridge construction took place in the early 19th century. Being meant to handle 19th century foot traffic, horses, wagons, and the like, the overpass became obsolete.

As modern traffic took its toll on the viaduct, the need for a transition became obvious. Entrepreneurs purchased, dismantled, and shipped the London Bridge to America to become a new thoroughfare across the Colorado River, in Lake Havasu, Arizona.

According to history.com, to ensure the bridge could handle modern traffic, construction crews built a hollow core of steel-reinforced concrete, which was then covered with 10,000 tons of the original 19th century granite.

Workers began by labeling each of its granite bricks with markers that indicated their arch span, row number and position. The bridge was then disassembled, packed away in crates and shipped to Long Beach, California, via the Panama Canal. From there, a small army of trucks carried it across the desert to its new home at Lake Havasu.

All told, the shipping, assembly and dredging took over three years and cost Robert McCulloch and C.V. Wood some $7 million.

Ya know, the last time I asked someone if they wanted to buy a bridge, things didn’t go so well.

Have a great week and may God bless!