Does Smaller Really Translate to Better? 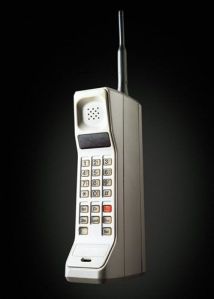 Not so many years ago, even as recently as the early nineties, land lines connected to home-bound telephones were the norm. When the cell phone made its appearance, they were huge and looked ridiculous.

Since then, these so-called cell phones have morphed into small rectangular devices that appear to be not much thicker than a piece of paper. You can take pictures, watch movies, enjoy concerts, and engage in a plethora of events that are difficult to see.

One of the unique things I have found in these communication devices are the sounds they emit. They use every note or group of notes from “Twinkle, Twinkle Little Star” to “The Star Spangled Banner” and every song in between.

The ringtones emit the same song depending on your carrier. It’s not unusual to hear the same ringtone on your phone that plays on your friend’s phone and causes you to do a double take when you hear the same on a television phone. Frankly, it’s all a bit much for me.

The phone was created to circumnavigate the extended letter writing process of contacting another, not to check weather, see the latest movie release or anything else but to place a phone call. Now wouldn’t life be much simpler if we used the phone for what it was intended? . . . nuff said, even if I do text a picture or two now and again.

Whether Here or Weather There Weather’s Whether Everywhere 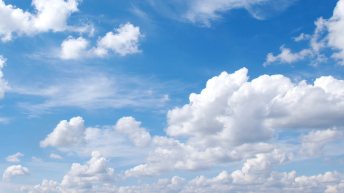 I’ve lived my entire life in the state of Virginia which in and of itself gives me amble fodder for the novels I write. Thankfully, we are blessed with weather that leans normally toward the tranquil side. Now, that’s not to say we don’t receive a portion of the bad stuff.

We live about ninety miles from the east coast, and from time to time, will have a hurricane pay a visit. These visits (although nice to be considered by the blow hard system) can be harrowing to say the least. What makes these rotating monsters so nice to encounter are the lovely names they are labeled with once they reach Tropical Storm status.

Another unwelcome phenomenon which usually stops by to say, “Hello,” in the spring and summer is our old friend, “the Tornado.” These twisters can wreak havoc in a short amount of time and over a surprisingly large area.

Our other friend visited this past weekend as a sky full of white fluffy stuff that made its way to the ground. Kids love this icy weather for it means no school. I’ll have to admit, it is pretty but I prefer the type of storm where the temperature rises and the roads are clear by the afternoon.

Let us not forget that each form of weather has its good and bad. Seldom, but frequently enough for me, are the winter storms that drop eighteen (and in some isolated areas) up to thirty inches.

I guess you could wrap up the atmospheric conditions in our area by saying, “If you don’t like the weather, wait twenty minutes and it’ll change.”

Be Careful What You Wish For Because You Just Never Know 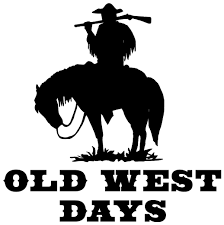 Have you ever heard someone say, “I’d like to live back in the days of the old west?” In my younger years, I’ll have to admit it seemed like a desirable experience; however, when I give that notion more consideration, it tends to take a different route.

First, I’d have to weigh the romanticized version of the west we see on television, against common sense.

It would be pretty cool to carry a gun strapped to my side, a rifle in my saddle holster and saddle bags full of everything from necessities to gold.

During cold weather, I’d wear a long black oil skin coat. Of course, I would never be caught without my leather chaps, cowboy boots and Stetson hat (or something equivalent).

My horse would be my best friend, and I would ride the range, sleeping under the stars, and cooking what I shot for dinner over an honest to goodness fire I made with my own two hands.

Occasionally, I would venture into town for a few shots of the ore red-eye and maybe some female companionship.

Then, I shift my thoughts to instances as simple as a toothache. What would be a painless procedure in this day and time, one hundred fifty years ago, would require and overabundance of whiskey and several men to hold the patient down while the barber/dentist removed the offending enamel object.

If I were not to mention sanitation, rotten meat, simple wounds becoming infected and the deadly diseases that are easily curable today, I would be remiss not to declare the lack of hygiene that getting close to anyone, (especially intimately) would likely result in bringing about a puke fest.

As an author, I cannot imagine performing edits and rewrites on an archaic typewriter. My latest novel includes time travel, boy am I glad it’s just Science Fiction!