It Finally Made it to Print, Whew! What a Ride. Check Out “Terminal Core”

“Terminal Core” is now available for sale at Amazon, Christopher Matthews Publishing and other fine booksellers. Please visit my website http://www.lynnsteigleder.com  for more information on “Terminal Core” and my other novels. You can also sign up to receive updates on books, blogs and other happenings in my upside down twisted world of writing. I look forward to hearing from you.

It Ain’t Over Till the Fat Manuscript Screams, “Its Over!”

‘Can you redo this manuscript, Lynn, and make it less stupid?’

If you read my blog last week and the week before, you’ll know I’ve been hashing out a novel back and forth with my editor trying to get it to the printer.

As I have mentioned, I thought we were done and the last copy I sent the publisher would be it. Now, one more thing I said, tongue in cheek, was having to read the manuscript another time.

Well, wonder of wonders, I received an email from my publisher saying the manuscript has been sent to the printer and now we have a proof.

Guess what? I get to read the proof (just another name for a finished manuscript), one more time.

Once I have completed this task (as long as nothing goes awry), we will actually go to print.

I cautiously say, “Hallelujah! I’m done and ready for the next!”

I hope I haven’t bored you to tears with this never-ending story but I felt it was something I needed to scrap off my chest…you know, cathartic.

Of course, this is determined by what the proof says.

Guess I’ll just have to wait and see.

Until next week, happy trails and whip them cantankerous manuscripts into shape.

My latest nove  is now available at Amazon and other booksellers in paperback and kindle.

Aon, a solid core planet made from the priceless and most dense element in the galaxy (caladium) is under silent attack. Plans are made by off-worlders to dissolve the unbreakable core using crude oil obtained from 19th century earth. Once the oil is refined the byproduct, gasoline will soften the caladium, allowing it to be collected. It is soon discovered the core is made from living beings created from caladium itself. The off-worlders employ a band of corrupt inhabitant’s to carry on this work. They find themselves in a constant struggle with a small coalition of Aonians bent on saving their home world. Both factions clash with the indestructible core creatures. With horrendous beast’s one step behind and deadly pitfalls ahead, the coalition struggle to finish their journey insuring their races survival.

New short story “Gesundheit” just posted. You will also find a collection of short stories written in genre’s from science fiction to the supernatural. Just click on the short stories tab above to access and enjoy!

If you read my blog last week, I was firmly in the midst of beating an unruly manuscript into submission. I was mistakenly lulled into believing that this was a factual thought on my part.

Being an optimist, I am frequently pulled into situations that leave me believing that things are going to be alright. Boy, when am I going to learn?

Now as far as being an optimist goes, I think that’s something I’ll hold on to. Thinking everything is going to be alright has its merits and disappointments.

Case in point: Manuscripts you have tricked yourself into believing you have conquered; as if there were such a thing.

My editor and I had crossed wires and we were both speeding the opposite direction down different highways. Things became more misconstrued as we continued to travel.

Finally, we slammed on brakes realizing our conundrum. We jumped on board the same vehicle and I can now tentatively say, we’re on the same page.

This book, just like last week, is my latest offering, “Terminal Core,” which is headed to the printer even as we speak.

I feel as though I have read this book in its many forms 30 times or more. In fact, I just completed the novel last week, the week before and probably the week before that.

The one shining star in the middle of this bedlam is after the proof comes from the printer, I get to read it one more time.

As crazy as this seems, it’s all a part of the process known as…ah…well…I’m not sure whatcha call spending months to pen a novel, months to rewrite and edit said novel, send to a publisher, then spend large amounts of time with an editor thrashing out the final details.

I guess the best way to describe it would be blocks of fun, with intermittent periods of horror.  Remember, the underpinning and solid foundation of  success (at least in my case) leads me to rely on prayer.

Give it a try sometime if you take a mind to; it just may surprise you.

Don’t be afraid to jump in with both feet, it’s really not as bad as I described. Actually, it’s a lot of fun and I feel fortunate God gave me this task to contend with each day. 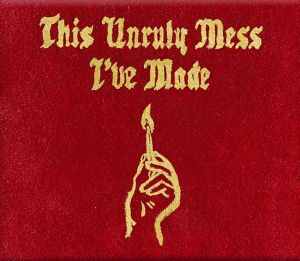 If you’ve taken to wondering why and what I’m beating on well let me tell you. It is none other than the manuscript from the bowels of the earth slithering its way up to thwart my attempts to corral it between two pieces of cardboard.

For instance, I spent the latter half of one day, continuing the first half the next day, searching for a grievous mistake that didn’t exist.

My editor rearranged choppy parts to smooth them out. I have found that his advice is invaluable, but in this case, I was a white psychotic mouse in an ever changing maze, with a peach pit for a reward instead of cheese.

After what seemed like an eon I finally thrashed the brazen manuscript down, destroying two wooden and one aluminum bats.

I always enjoy a challenge woven within my writing, but I draw the line at a beat down. At any rate, in most instances, learn to agree with your editor. They’re worth their weight in calladium.

You’ll have to read my new science fiction novel, “Terminal Core,” to figure that one out. Coming soon, I’ll keep you apprised of the release date.

Thanks again for taking the time to read my musings of a sometimes mad, sometimes sane, but always a little off center man, who loves to write.