Quotable Quotes are Quotable, If You Enjoy Quoting Quotes 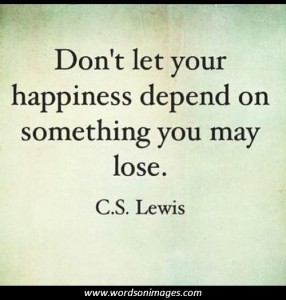 “The problem with fiction; it has to be plausible. That’s not true with non-fiction.” ~ Tom Wolfe. You’ll find various authors have said the same thing, and that being “truth is stranger than fiction,” ~ Mark Twain, in different ways as I just illustrated. Who am I, in the scheme of things, to take exception with this hard and fast rule, developed when the world of fiction came into play after ink met paper?

One thing we must remember as we tout this rule is “Fiction is a lie, and good fiction is the truth inside the lie.” ~ Stephen King.

I’ve been writing fiction for some time and enjoy the way fiction and non-fiction invariably cross paths. Simply put, “Good fiction is made of what is real, and reality is difficult to come by.” ~ Ralph Ellison.

Speaking once again of simply put: If I read one more quote from an author comparing fiction and non-fiction, I do believe I will scream . . . but will consider this one close enough to an exception to post. “We have our Arts so we won’t die of Truth.” ~ Ray Bradbury

So, there you just about have it, one author to another and vice a versa, then turn it around backwards to everyone else.“Ya gotta admit that was about as long a winded sentence that one could utter and still say absolutely nothing. I should have been a politician instead of an author.” ~ Lynn Steigleder

My First Attempt at Flash Fiction 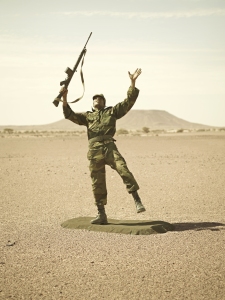 The G.I. began walking his second hour of guard duty, on his way to finishing his eight hour stint.

“Man, I don’t believe this,” the private, named Chet, said, “and for such a small infraction.” The sun was beginning to set and the snow falling harder now. “Of all nights to play soldier,” he said.

Chet propped his rifle against the fence and struck a match to light his cigarette only to have the wind make it an impossibility. After three more attempts, a small orange glow caught a piece of tobacco. Chet drew hard on the paper tube until the end glowed. He held the lung full of smoke, then released the vapor with a long satisfied sigh.

He trudged through the snow long enough to finish his smoke. “You can pretty much bet no one will venture out into this mess to check on me.” He knelt beside an evergreen bush then turned landing on his bottom. His feet were flat on the ground, bringing his knees up. Chet wrapped his arms around the top of his knees making a nest to place his chin. Covered in a warm coat, his breath adding to the heat in his confined area, Chet was soon breathing in a slow rhythmic pattern.

The morning dawned bright and pleasant. The sleeping private began to stir.  He opened his eyes and sat up suddenly. “I went to sleep during a blizzard with my arms around my knees. I wake up stretched out on my side and it’s a summer day!” He stood taking in his surroundings. “Everywhere I look there are green soldiers scattered about all appearing as if they are readying for battle, but I see nothing to fight.”

“Boom! Boom!” prefaced half of the soldiers flying helter skelter.

“This makes no sense.” Chet began to run across the soft fur-like surface.

A fat uncoordinated hand covered Chet pressing him into the comforter. The fingers curled then raised him into the air.

Chet tried to scream, but his mouth was covered by the three-year-old’s hand. With little warning he began to spin until dizziness overtook any semblance of rational thought. “Who knows? Could be fun.”

Water, Water Everywhere, Under Foot and in the Air

One of the first short stories I penned concerned the earth being covered in water with small land masses similar to islands remaining. Commerce of a different type kept the planet’s resources strong enough to support a vibrant economy. When I think about this story, I ponder the essence of water itself, and how much we depend upon the substance even down to our very life’s blood.

When I was a child, we filled our glasses from the sink with no thought as to where the water originated. My family was in the unique position of having our home and my grandparent’s home serviced by a single hand-dug well. My grandfather had this well placed in the 40’s. When the men reached the depth of about twelve feet too much water was running in for them to continue digging so they set the concrete curb and capped it off. Believe it or not, this well has never carried more than 18 inches of water and has yet to run dry during all of its years of service, which includes today. From the time my grandfather dug the well, through my parent’s lives and even when I came upon the scene, bottled water was an unknown. If anyone entertained the thought of purchasing water the concept would be so foreign as to question that individual’s sanity.

Today bottled water is a billion dollar business annually, though many don’t realize that 40% of bottled water actually comes from a tap.

I have a deep well and decided to perform an experiment since we consume bottled water regularly. I tested water from a well-known bottled brand, water-filtered through a popular brand into a pitcher and H2O straight from my tap. The water from my kitchen sink was far and above the winner . . . go figure . . . kinda makes you think about laying out the green for a bottle full of wet!

Up, Up, and Away . . . Unless You Have Something Better, It is Kinda Dated

The majority of the population takes at least one day off a week. Even though I love writing, I take my author hat and hang it on the coat rack to ready myself for a much needed 24-hour respite.

My day off is quite a bit different from what you may think. To give you an idea, I’ll relate last week’s time away from the workplace. It began, as you would think for any crime fighting super hero, with me patrolling the skies above Richmond, Tappahannock, and West Point, Virginia. My territory encompasses other towns such as Mechanicsville; however, as all the good citizens who populate these areas are oblivious to my presence, the names of the locations are really not important.

On this particular night, I sense in the calm waters of the James River just downstream from First Break, my nemesis who has plagued this city for untold centuries.  I manage to keep the fair inhabitants in the dark as to the presence of this beast, but this thin strand of control is slipping away.

The people of this river city call the monster nothing, for they know not of its existence. I named the sixty-foot long serpentine creature, Bob, mainly because I like the name.

As I search the area it seems as though Bob has given me the slip. This development bodes well, as it means the good citizens of Richmond are once again safe. With daylight on the horizon, another night of patrol is nearing an end. That’s the way the crime fighting game goes. Sometimes ya bag’em, and sometimes ya don’t.

I’ll head back to the crime lab and study the most recent sightings of Bob to date. Although I’ve never actually seen him, I have an excellent image, albeit old, and eye witness reports, that make me think I’ll have this beast in custody someday soon.

So that’s me in a nutshell, mild mannered writer by day, and intrepid crime fighter one night a week.