When Looking at the Written Word Legible Means We Recognize the Letters Themselves; However, Legibility Does not Equal Understanding so I Say to You, “Ugh Ugh Hmm Ugh Hmm Hmm Ugh Hmm Hmm.”

Communication is a funny thing. Not funny ha-ha, but funny strange. Once man realized his desire to communicate with his neighbor, I imagine the first conversation went something like this:

When man realized a need for long distance communication, he found that yelling his newly established words was not an effective way. Through his frustration, he learned to beat on various objects. When he discovered hollow logs and the distance the sound would resonate, the problem was solved.

After many, many years and the grand evolution of language, the written word was born.

This allowed messages, information and anything that could travel through the vocal cords, out of the mouth and recorded on parchment to take the show on the road.

Then one day a lonely man, living in a bamboo hut on a desert island had an idea. His only possessions were a pencil, a piece of paper and a bottle of water. His idea was to write for entertainment. After completing his first short story, he found there was a reason to live. He wrote every waking moment, creating what would have been the greatest novels in history. Unfortunately, he had but one sheet of parchment and the constant erasing eroded the sheet so thin it only had one side. The last thing he was able to write on this parchment was a short story of a lonely man with a pencil, a sheet of paper and a bottle of water. Knowing he could not keep this secret from the world, he placed the delicate piece of parchment into the bottle and tossed it into the ocean so the world would have this gift. Due to his excitement, he failed to place the cork into the bottle. He would wile away the rest of his life drinking coconut milk and writing in the sand. It would take another thousand years before writing was used for entertainment. And there you have it, the reason you and I write stories (no matter how ridiculous) for others to hopefully enjoy.

Problems Arise with Keyboards. Is the Problem Really the Keyboard or the Keyboardee…or is it the Keyboarder? See There, Mention a Keyboard and You Automatically Have Additional Problems. 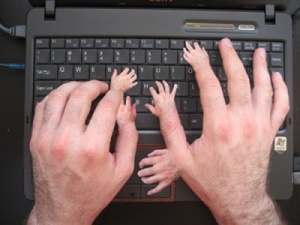 When you write do you ever notice unusual things that appear within your sentences, such as a mistake that just materializes? Not the usual error, but something that brings to mind the possibility of a possessed hard drive. In most cases the faux pas could not be created by any means known to man. It’s nothing like mistakes that a normal human being would make.

I’m what you would call “keyboard challenged,” so I have a few close friends that help me type from time to time. It’s amazing what you can accomplish when you have someone who knows what they’re doing. Occasionally, I’ll be looking at the ceiling while having a conversation with my typist, not paying attention to the sound of the keys tapping, when I glance back at the screen, and my words that were meant to prepare for the next paragraph, are the next paragraph. Ah, the woes of writing.

In conclusion, I feel the need to ask a question: If you’re watching television and one of the characters says “I’ve got six words to say to you,” followed by their statement,  do you count on your fingers the amount of words uttered by the actor, or do you trust the actor is correct?

Ah, such problems on one man’s shoulders; however, I shall gladly bear the burden for all those with the same affliction.

Once again it is upon us. In fact, it comes around every year at this particular time. When asked about it, most people will answer that it is their favorite. When there are four to select from, I guess the one chosen becomes special. How special, you ask? Well, allow me to enlighten you.

Books, both fiction and non-fiction, have been penned about this phenomenon. Somewhat of an opposite spectacle takes place six months prior to…or if you are on more of a subsequent thought pattern, you may take a six month after stance. Which one you take makes no difference to me. I don’t even know why I put such bazaar notions in this blog, although it does take up space. How do you like me now?

Again you ask, what is this that deserves so much attention, has been the subject of numerous types of literature, and inspired the very color palette we use today? The autumnal equinox signifies a change of the seasons, the onset of ragweed allergies, and the clogged snot lockers that ensue. For all you bugophiles and arachnophobiacs, don’t forget the cicadas, katydids and huge red spiders that also lend to the completion of summer. Aside from all the bugaboos, it’s a beautiful time, raking up leaves for your grandkids to jump in.

So take the opportunity to enjoy this gift from God. 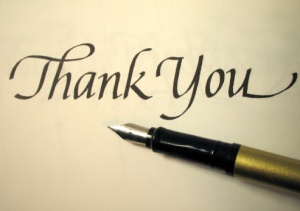 I’ve been writing posts on my WordPress blog…well, I don’t know how long I’ve been writing posts on WordPress, but I do know at the very least several years. As far as how many posts I have written, I’m sure there are hundreds. I do one a week. When I first started, I did at least one and sometimes two each week. I wanted to take a moment to thank my readers and followers for your loyalty. It’s like Christmas each week to send off a post and read the responses. I strive to connect to writing but in a light-hearted, humorous way. So please, accept my heartfelt thanks and know that your attention is much appreciated!