If you Have to Land on Cheese, Pick a Nice Hard Parmesan or Romano; a Ripe Brie or Crumbled Feta…Not So Good

Your name is Vladimir Bloodsucker. You reside in the Western section of Romania in a quaint little villa known as Transylvania. 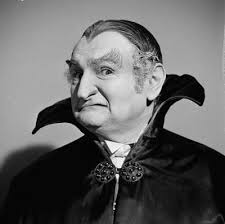 Aside from your regular occupation as the town mortician and kindergarten teacher, you write humorous romance novels as a sideline. You have this great idea for a novel, but you are suffering from a form of writer’s block. It’s not that you can’t find the words; it’s placing them so you remain true to your genre as well as the book’s subject matter.

Let’s just face facts. If you weren’t so hung up writing in one genre with the ridiculous… No, ludicrous ideas you manufacture for your books, we wouldn’t have all these problems. I’m the only literary agent in this podunk town and I have two clients; you and what’s his name. And ole what’s his name can’t seem to write about anything but vampires. Every month, I get another vampire manuscript. I’ve had it up to here (holding hand above head) with vampires. I send him a dozen rejections at a time and tell him to make sure these last for the upcoming year.

Starting next year the rejections go out wrapped around wooden stakes.

Now, where was I….Oh yeah, Vlad and his next best-selling flop. Vladimir’s idea for his next novel (and don’t forget he writes in the humorous romance genre) is the astronauts perspective of landing on a moon made of cheese.

Here is the actual first chapter I received from Vladimir last week.

“Good morning, Mission Control,” Artichoke replied, “are we a go for landing?” (Beep)

“That’s an affirmative. We have determined the surface to be similar to that of a mid-range limburger.” (Beep)

“Thanks, Mission Control; it’s a bit wobbly down here and smells like armpit.” (Beep)

“You knew going in, that limburger is aged with the same bacteria that causes human body odor,” Mission Control said. “So suck it up, suit up and get outside.” (Beep)

“Roger, Mission Control, I snuck my wife aboard so as soon as I finish romancing and telling jokes I’ll get right to it, Cheese Wheel out.” (Beep)

I couldn’t read anymore, my lunch was working its way upward and I found myself reaching for my bottle of Xanax.

Now you see what I have to deal with being the only literary agent with two clients, one with a vampire fetish and the other just an idiot. And the real shame of it being no other prospects. Most agents are inundated with manuscripts…Me, well, you know my story.

Actually, I’m suddenly finding that things are looking up as long as I mix my Xanax with a half bottle of wine. Who knows? Maybe I’ll start writing and represent myself. It couldn’t possibly get any worse…or could it?

Sometimes We Need That Off the Wall, Nonsensical, Silliness To Make It Through the Day and Sometimes…Nah, It’s an Everyday Need

Or, did the movie surprise you and turn out to be as good or better than the book?

It just so happens that two of my favorite movies began life as ink on paper. The first, and probably my favorite movie, was Jaws released in 1975. This movie affected an entire generation. People were actually afraid to venture into the water. Being an author it probably seems strange, but I never read the book. From what I’ve heard, the book was good, but unnecessarily cluttered with love affairs and such. To me, in a story like this, if you want to kiss something, kiss a shark. I was but a young buck when I ventured to the theater to view this thriller and returned four more times. Five times on the silver screen and well over fifty in the home venue, might make you think I was obsessed with this celluloid masterpiece. Nah, I just like the movie.

From the ocean to the Great Plains, we move from the “jaws of death” to the swirling winds known as “tornadoes,” “cyclones,” and “funnel clouds.” Twister is my next great book-to-movie, which I also did not read.

Now, as far as storm chasers actually operate, I think the movie was probably not as factual as it could have been. On the other hand, I didn’t go to the theater three times to see a fact-based movie. Twister came out in 1996, just three years after Jurassic Park, which was the first movie to use “go-motion.” This new technology pulled us away from the decades old stop-motion animation we were used to seeing ever since the first movie danced its way into our hearts.

CGI opened a whole new world of special effects and Twister was in on the ground floor. Aside from having a great story, the animation jerked you from your seat, spun you around, and then smacked you several times before depositing you head-first back into your chair.

I took my girlfriend (at the time) to see this wonder of technology. Half-way through the movie, the popcorn machine caught fire and we were escorted out the back of the theater. We received vouchers to see the movie at a later date (or when the smoke cleared), which we did, and that girlfriend, a year later, became my wife…pause for tear removal and nose blowage.

Thinking, as I occasionally do, I can’t help but wonder what would happen if Jaws and the F5 in Twister were to meet?

The twister would have to become a water spout which would cause it to severely weaken. Even though the shark is not the brightest creature in the sea, it would hesitate to attack a column of water. And if I’ve brought you to the point that you would consider a confrontation between a swirling mass of water and a big fish, then I humbly apologize, not only to you, but the preceding paragraph and its five wasted lines.

In case, you’re wondering where I locate material for my blog, I purchase it from a surly old Wiccan who resides in Haiti and vacations in Jackass Flats, Virginia (no joke, real place). She’s not much to look at, but makes a great conch (pronounced “konk”) chowder and the blog material’s dirt cheap. After a few shots of rum, it’s free because you can’t shut her up.

Until next week, when we once again mix a pinch of fact with a bucket of nonsense, I bid you a fond, “Ado!”

I’ve been thinking about back matter; you know, the teaser on the back of a novel designed to hook the prospective buyer into a purchase.

Of all the different ways an author could begin the first sentence, or the hook, I believe my least favorite is, “what if?”.

I realize this is just one author’s opinion, but come on, have I ever steered you wrong? Before you answer, that was a rhetorical question.

One of my complaints with this particular beginning is it leaves too many things open. You don’t know if it pertains to the book (of course, you assume it does) or the club sandwich the author had for lunch three weeks prior.

Please allow me to show you how much trouble you can squeeze into your life with something as innocent as the first two words of a sentence.

What if the CEO of a large US corporation was doubling up twice as a double agent for Luxembourg and a hotdog cart vendor in Piscataway? This collaboration (one of the most feared in the underground world of the atomic hotdog) had reached a pinnacle set by no other. After decades of failure upon failure, they finally had a working prototype. One bite of this deadly sausage and, poof, instant gingivitis.

This leads us to the true purveyors of this purulent pact; the dental cartel of North America and parts unknown.

With so much gingivitis running ramped, they stood to clean up. (Clean up; get it?) Cleanings, x-rays, extractions, implants, dentures…you name it; they would control it.

So much power in so few hands could bring about the demise of corn-on-the-cob as we know it.

Remaining undetected, yet watching intently the events unfolding on the North American continent and parts unknown, a small clinic in the Ack galaxy on the planet of Plurple is developing a plan to thwart the earthly dental cartel. The head dental technician on Plurple, having stationed operatives all along the North American continent and parts unknown, is now ready to place said plan into action. Following a page from Santa’s playbook, they visit every house in the world replacing teeth with exact duplicates constructed from white chocolate and accomplish this task in a single night.

Unfortunately, white chocolate is the strongest material available on Plurple. It’s inhabitants dine on air and their white chocolate teeth last a lifetime which is marginally longer than a Mayfly. Even so, this solution removes the need for dental care on the North American continent and parts unknown which in turn puts an end to the evil conspiracy concocted by the dental cartel.

What all this accomplishes I am not sure; however, it proves without a doubt that only nonsense can come from starting a sentence with, “what if?”.

On an unrelated subject; I’m sure you’ve all seen that irritating little green twit with the ridiculous white mustache advertising, “the General’s Car Insurance.”

Perhaps we could petition the military to send a drone and one little bitty hell fire missile to blow that green aberration into a trillion pieces?

Sorry to end on such a violent note, but some things just have to be said.