Science Fiction is a Great Fit for me, as an Author

Science fiction is a great fit for me as an author. I also write fantasy, not the type with kings, queens, ogres, and unicorns (I have a hard time with unicorns) and when I want a nice respite from my usual, I dabble in action adventure.

The genres I choose to pen come from a multitude of sources; however, I believe the passions of my childhood play a large part in my writing preferences.

I was a bit of an odd kid in as far as my choice of favorite animals. Oh, I liked dogs and cats okay, but reptiles claimed my greatest love. In the second grade, at the ripe old age of seven, Wilbur, the alligator, became part of our household. Since alligators were protected at that time, I expect Wilbur was probably a Caiman; however, I will always remember him fondly as Wilbur, the alligator.

Hmmm, protecting alligators as a species, boy, didn’t that work well? Once considered endangered, now there’s one in every swimming pool and dining table; that’s what I call a success.

Of course, like everyone else, I owned the little green turtles whose claim to fame was salmonella.

I grew up in a rural area, where a plethora of reptiles and amphibians call home. Box turtles, a variety of snakes, (which I caught being careful to avoid the ones boasting fangs with nasty toxin to boot) toads, bullfrogs (yum! and they don’t taste like chicken) and the crème de la crème, the glass-tailed lizard. These blue-tailed beauties are so cool to watch. If anything approaches them, including me, in what they perceived as a predatory manner, the lizard would lose half its tail. The broken appendage wiggled about keeping the predator interested while the blue-tail’s host made a hasty get away.

Isn’t it amazing how God’s creation works? But, the best part –  he created this world for us to enjoy.

Have one great week and take time to enjoy one of God’s great gifts! 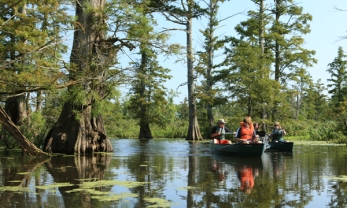 As I sit here working on a new novel, two of the main characters find themselves floundering in a life-and-death, watery situation. The water, having nothing to do with their deadly conundrum, revolved around a fish. Now, the fact that this large disgusting fish was something they were actually attempting to catch set my mind working. You see, I love to fish and have been doing so most of my life. As a kid, and I mean a kid of 14, possibly 15, I found myself standing in the Chickahominy river from April until October.

The river was a short walk of probably three quarters of a mile from my back door til I could get a line wet. This in turn, lent itself to an amazing amount of fodder I could use in writing sessions, especially short stories.

Many smaller backwater tributaries flowed from the main river. I frequented these when I wanted to fish by walking down the middle of one of these canals casting to each side. In this way, I missed nothing due to brush along the bank. The down side came one day after I caught a Pike (Chain Pickerel). I ran this string with a sharpened metal end through the fish’s gills and out its mouth, pushing it through a ring attached to the other end of the stringer.

With the fish secured, I tied it to my belt loop and continued my angling adventure. Several minutes later, I felt a subtle bump on my rear end. I paid no attention until this continued with more repetitions. Turning to see what had the audacity to interfere with my concentrated attempt to procure my quarry; boy, did I see it. The one who dare mess with me while fishing, was the fish I had just caught. I figuratively jumped out of my skin, afraid I was being attacked by something new to this world.

There is one other scenario worth mentioning. I was standing ankle deep in a similar scenario, working my way to deeper water. A small head breaking the surface, flicked a forked tongue at me, waylaying my journey. I fled to the bank, happy I was not chest deep and noticed the serpent followed me to the bank. Upset with this creature interrupting my angling, I found a tree limb; brought it down across his head numerous times until at last my hunting knife removed his slippery head. This in turned allowed me to resume my trip into the river and complete my day of fishing. As you have probably noticed, neither man, beast, or serpent interrupts the time I allot to fishing.

So goes my antics as a young lad. I hope you enjoyed reading as much as I enjoyed sharing.

Take good care of yourself. May God bless you; keep you in his grace and may his countenance shine down upon you! Have a great week!

Every now and then, a word comes along that is used repeatedly. Eventually that word will hit the airwaves and begin to grind against my sense of right and wrong. The latest utterance to have this effect on me is “application,” which has been conveniently condensed to ‘app.’ The abbreviation app, in and of itself is not a problem; however, when delving into technology as most of us are likely to do, everything we encounter likely requires an app.

Apps allow us to navigate without having to go to the internet each time we want to access a particular program. An app for this and an app for that, here an app, there an app, everywhere an app, app is pretty much how I perceive the world of applications.

The next saying that has come up on the world of most everything in one form or the other is ‘game-changer.’ Everywhere in the world of television commercials, these two words are sure to pop up. I first heard this phrase uttered concerning a hand-ailment known as Dupuytren’s contracture. From then on the phrase game-changer has been used to describe everything from vitamins to athletic socks and prostate treatments to copper underwear. Some things tend to be over used and I guess that’s just me rambling on . . .  then again maybe not.

Perhaps, this is one of those times, I should stay in my writer’s room not concerning myself with superfluous things or at least keep them to myself.

Have a great week and may God richly bless you and yours.