We’re Going to Hell in a Hand Basket, Except the Hand Basket Had Enough Sense to Dump its Contents and Head for Higher Ground

I abhor politics. They tend to be  divisive  rather than pull people together. What I’m about to speak on is more about the human condition.

In the United States, we have a real problem when it comes to discussing abortion. Personally, I’ve had it with the disregard for life. It’s tossed about as though it means nothing. Case in point, we are applauding the practice of late term abortions and infanticide.

I cannot for the life of me imagine totally birthing a baby and allowing this precious life to lie on a table until the powers-that-be decide whether or not to severe its spinal cord. In one state, they allow the murder of a full-term baby but have placed a moratorium on the death penalty.

“Dear Father, in heaven, forgive us  . . .” I only wish I could add, “for we know not what we do.” The shame with this scenario is that we know exactly what we are doing, and I, for one, am ashamed at those who would allow this to happen, and even applaud, as it does. In fact, I am ashamed to live in a country where such an atrocity would be considered for legalization.

Jeremiah 1:5  “Before I formed you in the womb, I knew you, and before you were born I consecrated you; I have appointed you a prophet to the nations.” 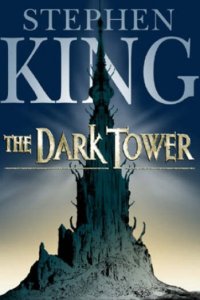 You must surely have heard the saying, “…things that go bump in the night.” Unknown sounds can conjure up a plethora of subjects to write about, especially in the horror genre.

I must admit that horror is not my favorite genre, but there’s always room for a “scare your pants off” type of story. For instance, even though I tend to write science fiction/fantasy and action/adventure, I can easily make space for a little horror in any one of my usual genres.

I think this is something you will find throughout the writing world, even in the most popular books of all those written in the romance genre.

That’s right; even in the lovey-dovey, smooch-my-face, world of romance, there is room for some good old fashion killing courtesy of the beast-next-door.

On the other hand, it doesn’t have to be the beast or anything else next door. It could just as easily be the paranormal being residing in your attic or the monster tick, tagging along on the mutt out back.

In fact, a chunk of horror can follow any genre and rear its ugly head at the most inopportune times.

Did you see what I’ve done? I have taken one of my least favorite type of books and made it one that will not only stand out in any crowd but also be taken by most in a positive light. Happy reading to all you new horror fans!

The Smaller the Mouth, The Bigger the Bite

It never ceases to amaze me how I am able to look out of my window and see the miracle of God’s creation. With the onset of spring, this miracle will amplify itself into flowering beauty.

Along with the magnificence of spring, come unwanted, but necessary, biting pests. To me, these are the most astonishing of all. It is true they are the most annoying; however, to see a creature that small with a brain, nervous system and the ability to fly, digest, and use food for energy is truly amazing. Even though some of these bodily systems are rudimentary, the word miraculous is still an understatement. In my neck of the woods (Richmond, Va.), we have an insect called a no-see-um, because they are so tiny and extremely hard to see, although the damage they can do to your ankles is anything but hard to see.

On the other end of the spectrum, we have bumblebees and the like (carpenter bees, etc.) So un-aerodynamically designed, they defy physics being able to fly. God has a great sense of humor, so look around, enjoy the laughs and you may just find yourself marveling at those annoying little critters, feasting on your blood before you smash them flat.

Any Bigger and They’d Be Man-Eaters

I rarely find myself with a lack of material to write–not so, many years ago. When I was a young lad, I spent a large portion of my time fishing in the Chickahominy River/Swamp. What I did back then to catch fish would now be labeled as crazy (e.g., walking down the middle of the river, casting to each bank so as not to miss a spot where a fish might be hanging out.)

The prize species to catch was a Chain Pickerel. We always called them Pike, and if I remember correctly, a four-pound specimen could win you a citation.

What many people do not realize is a Pickerel is prized for its white delicious flesh, considered one of the best in the fresh water world of fishing.

I remember days when I would literally have to fight a snake for a particular fishing ground. Occasionally, this confrontation would take place when I was chest deep in water. It didn’t matter to me. I came to fish!  As far as I was concerned, if need be, one of us was going to die to maintain the right to fish and it wasn’t gonna be me.

Those indeed were the days.  During the summer, I spent almost every day reeling in my share of Chain Pickerel. Not only were they delicious, but they also retained the nickname, “Wolf of the Water.” They would hit like a ton of bricks and fight every inch of the way. If you were unfortunate enough to get your hand in its mouth, well, let’s say a bear attack comes to mind.

I’ll never forget, pulling in the wonderful bounty of sweet delectable flesh, attached to a creature who was not afraid to take you on.

Yes, sir, those were the days.