Have You Given Any Thought to How Much of Our Lives Revolve in Cyclical Patterns? 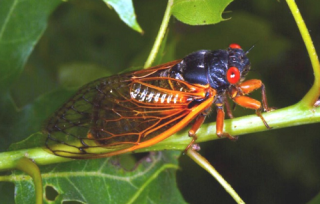 Have you given any thought to how much of our lives revolve in cyclical patterns? For instance, the very time that structures each moment, boils down into seconds, then to minutes, minutes to hours, hours to days, days into weeks, weeks into months, months into years, etc.

Our year is divided into four seasons: Spring, Summer, Autumn, and Winter. The years usher in hot summers and cold winters that within themselves change as time progresses, bringing warmer winters, cooler summers, and then back again.

Certain species even cycle their life spans in this manner, like the seventeen-year locust. They dine during the summer. The adults lay their eggs in small branches on the host tree. The limbs die and fall to the ground. The eggs hatch, the larvae bury beneath the ground, spending the next seventeen years eating succulent tree roots until time to emerge, starting the seventeen years process anew.

El Niño and La Nina make an appearance every seven to eight years, one ushering in cold water in the Pacific, and the other ushering in warm water into the Pacific. This little boy and girl can change weather patterns in the Atlantic, especially during hurricane season, which has a cyclical pattern in and of itself. Hurricanes wax and wane in intensity every couple of decades, kinda like our generations.

Even in our solar system, we find evidence of cycles in returning comets, asteroids, and meteors.

We have only been keeping accurate records for a short number of years. When  compared to the age of our Earth, it is impossible to determine whether the changes we experience are part of a larger cyclical happening or not. This is because the last cycle may be so far removed we have no record of the happening.

I hope this post gives you something to think about. May God richly bless you and remember:

You don’t have to agree on anything to be kind to one another . . . unknown.

I have written about snowstorms, volcano’s, earthquakes, and tornado’s, but have never put pen to paper, concerning hurricanes. Now it just so happens we have one named Florence headed our way in the next few days, which also means we will have an individual named Jim Cantore dodging debris over the airways.

Hurricane Florence at this time is a Category 4 on the Saffir-Simpson Scale, with 130mph sustained winds and higher gusts.

Once a hurricane reaches Category 3 status, it becomes a major hurricane. Hurricane Florence could easily become a Category 5 before landfall sometime Thursday. I urge everyone in Florence’s possible track to heed evacuation orders and use good sense. And I ask God to protect all those in Florence’s path. 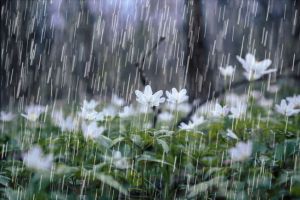 Even if I wanted to take a break from writing and go outside to play, it would be impossible. You see, I live in the Mid-Atlantic States about ninety miles from the coast. We have received thirty inches of rain this summer, with more in the forecast. I’ve always been fascinated by weather, and the wet season we’re experiencing is fraught with good and bad. The driveway is full of ruts and there is standing water in the back yard. The grass grows faster than we can cut it and the mold spores are off the charts.

When I weigh the good against the bad, there is no comparison. We have a bumper crop of fresh vegetables, surrounded by beautiful green trees and foliage. The water table hasn’t been this high in years. The items we reckoned as bad were nothing at all.

A bounty of water for all to use, made this summer’s rain a blessing.

I’m not sure about your situation, but I’m fortunate enough to live in a climate where I experience all four seasons during the course of the year. I’m not a big hot weather fan and the spring time pollen can be rather uncomfortable, but I still appreciate a climatic change every three months.

In fact, I’ve used weather as a basis for short stories with good results, especially when you incorporate little tidbits such as tornadoes, hurricanes, and the like.

Getting off the subject of writing for a moment, the change in seasons tends to knock me for a loop. If you were to take that loop, add a two and a half gainer, a quadruple back flip with a reverse triple somersault ending in a six point dismount, you’d pretty much describe my reaction to the change of seasons.

Ragweed in the fall is probably my nemesis. My snot locker sends a constant barrage of phlegm as a cascading waterfall down the back of my throat clogging everything in its path. “Drainage,” I believe they call it. I prefer, “Niagara Falls.”

Now, spring is a totally different animal. You get all the snot, but with a dashing array of color.

My love/hate relationship is with summer. Hot, humid, mosquitoes, ticks, assorted other biting insects, thunderstorms (which I enjoy until the power goes bye bye)…these adverse conditions help me to enjoy fall and winter, which are my two favorite seasons.

Cool weather is definitely my forte. However sad this may seem, I’m at my best when everything outside is cold and dead.

Don’t know whether or not this requires any extra thought, but I think it best that I leave it alone.

Door Number 1, Number 2, Number 3, or You Can Trade for What’s Behind the Curtain. C’mon, Let’s Fake a Deal

Well, it’s June 2015, and so far, in the past four days it’s been sunny (these are daytime temperatures), near ninety degrees, overcast and in the low sixties.

Today, it’s raining and cool once again. By the weekend, it’s headed for the nineties. If you don’t like the weather around here; give it twenty minutes and maybe it’ll be more to your liking.

I’m writing my blog today to get a break from the marketing work I’ve been doing for what seems like time in memorial. It’s only been a couple of weeks but any hint of sensationalism I can add to my writing always seems appropriate…hmm that gives me a thought.

Thoughts can be dangerous (especially when laid at my feet); so I think I’ll pick this one up and run.

I will make a series of observations along with random multiple choice questions that you will answer at home. When done you may send your completed papers for grading c/o this email address, along with a SASE and a check made out to cash for $24.50 USD.

We all know that marketing is the scourge of the writing experience.

Or
2.) Slide down a mile long razor blade into a pool of alcohol?

1.) Edit and market a tri-fold pamphlet on toenail care?

Or
2.) Play whack-a-mole, you being the mole, pushing your noggin in and out of your septic tank as four men with baseball bats attempt to bash your brains out?

Or
2.) Receive a triple root canal with no anesthesia, using an innovative technique that performs the procedure with bobbie-pins through your left ear canal?

1.)  Edit and market a matchbook cover with no verbiage or symbols?

Return this quiz to me with complete payment and I will return your finished grade post haste.

All grades are final as determined by me. Absolutely, no refunds. Transcripts provided for an additional fee. No worms were hurt in the production of this document. Any resemblance to person’s alive, dead, dying or eating worms is totally coincidental and protected by the laws of the literary legal association of Lynn…all rights reserved.

What Do Mail Trucks and Tornadoes Have in Common?…Right Off Hand; I Can’t Think of a Thing

I have a resilient character who against all odds receives redemption in the face of certain annihilation.  Had the same scenario occurred in a real life situation, our hero would certainly have died and this blog would be over.  However, being that there is a fine line between my creative genius and inept ramblings, we shall continue.

This character brought about thoughts of services we depend on daily but are convinced will not work to our satisfaction. In fact, they have acquired, and undeservedly so, a negative stigma.

We tend to complain about the cost of stamps, lost mail, late and damaged packages; when, in reality, it’s amazing we manage to receive any mail at all. The USPS processes 554 million pieces of mail each day.  That equates to 6,400 pieces a second.  Postal workers drive 1.2 billion miles a year to deliver our mail and they do it all with zero tax dollars.  Their operating income stems solely from the sale of stamps. Thankfully, the postal service is not run by the government or I’d be expecting to pick someone else’s mail out of my gutters. The way I see it they do an unbelievable job, delivering so many pieces of mail to millions of customers and I salute their achievements.

And next in line is…the dastardly weatherman

What other human being on the face of the earth has caught more flack for trying to be helpful than our friend the weatherman?  It’s almost as if we blame him personally for rain, heat waves, snow, sleet, hail, thunderstorms, hurricanes, tornadoes, earthquakes, volcanoes, tsunami’s and all  other natural disasters.  In fact, if you think about the vast troposphere that a meteorologist has to work with, I am astounded and amazed that they are able to say anything other than “duh.”  Look at what they must deal with just preparing a single daily forecast?  Humidity, barometric pressure, wind velocities from the ground to the cloud tops, warm fronts, cold fronts, stationery and occluded fronts, dew points, heat and/or cold, dry lines, wind shear and I’m surely leaving out many more variables since what I know about meteorology wouldn’t fill my right ear canal.  Then there are times they are called in to save lives predicting catastrophic events such as hurricanes and tornadoes.  I shudder to think what we would do without them.  Yet we gripe when they miss a forecast and our picnic gets rained out.  The irony in that is that we’ll tune in for the next day’s forecast.  Once again I salute their efforts to inform and keep us safe.

The next time you’re disgruntled with a late package or a rainy day that wasn’t supposed to be, think about how difficult these jobs are to perform and be thankful that we have them working for us even if they do make an occasional mistake…because that merely makes them human just like us!

I’m starting a grassroots campaign to bring attention to my novel, “Rising Tide.” It’s available everywhere online including on Kindle and Nook. So pick up a couple hundred copies and spread the word!

This has been a public service announcement from the “Lynn Boy Foundation.”