Most Esteemed Toddlers in Our Nation’s Capital. Today’s Lesson Is on the Need for Ethics. 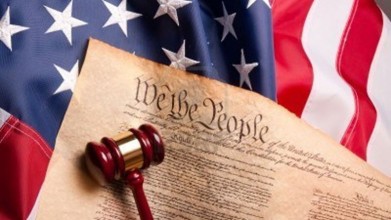 Most esteemed toddlers in our nation’s capital. Today’s lesson is on the need for ethics. Can you spell this most difficult of words? Obviously not, since this is something you possess at the percentage rate of zero.

As we are wanton to do every four to eight years, it is time to move the herd around in the DC political stockyard. I am convinced, save for a handful, the ones that occupy these many seats are pretty much interchangeable, whether Repub or Demo. They are most certainly bred to use the largest amount of verbiage to say absolutely nothing. As one would suspect, the few days each year they do work, they sit on their hind quarters and do absolutely nothing, but draw a paycheck.

I don’t know what it takes to procure a job like this, but then again, I have this uncanny need  to sleep at night. Of course, this requires a conscience which, like most everything else that is good, has been driven out of our nation’s capital.

Our Constitutional Republic is by far the greatest government in the world; however, if the last few decades have shown us anything, it is time to lose the dead weight that has been around too long. I don’t mean to harp . . . but I guess that’s what I’ve been doing the past month or so.

I will suggest one solution and that is: remove all seats, benches, and furniture from both Houses. Replace them with sand, and let our representative toddlers cover up turds with their plastic shovels and buckets, while clad in diapers. At least, they would accomplish something.

In Order to Take the Temperature of the World, I Know Exactly Where To Insert the Thermometer

While taking a break from writing, I happened to glance at the news on television. What I saw could easily jump-start a vomit, but nonetheless, gave me an idea.

As you well know, the two subjects you should never discuss are religion and politics. I thought about this and decided it was a good rule to follow. I considered it again reaffirming my original position. I debated on these two topics with myself and concluded that I would discuss both in this blog.

George Washington was our 1st President. I imagine, it was about this time that corruption began to worm its way into our political system, and now, it seems this worm has grown into an anaconda the size of the lower forty-eight. I happen to live about 2 hours south of Washington DC. I have found in my travels, whether driving north or sitting in a metal tube thirty-five-thousand feet in the air; the closer I get to DC the lower my IQ drops. In one incident, perilously close to the aforementioned city, I was forced to pull my car over until I could remember how to breathe. Once the oxygen somewhat cleared my head, I made a hasty retreat and now avoid the area whenever possible. Nuff said.

Lord, save us from the cesspool that represents us in our nation’s capitol, Amen!