I’ll Have to Admit That Food is my Achilles Heel. 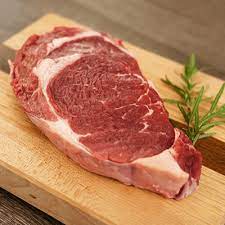 I’ve written several times about what we shove into our mouths to fuel our bodies, better known as food. I’ll have to admit that food is my Achilles heel. We should enjoy what we eat; however, ensure our high performance biological machines are given the optimum octane fuel it needs to run efficiently.

I was blessed as a youngster, and into my thirties, enjoying a grandmother who could cook nearly as well, as she spread love.

She masterfully fried chicken beyond compare, turned a plethora of different beans and black eyed peas into a meal to satisfy the most discerning gourmet. Mashed potatoes with gravy smooth as silk. Not to mention collard greens, kale, fresh snaps, butter beans, corn on the cob, and the list goes on and on. She also had an ace in the hole. During her young years, she lived on coastal North Carolina. Her family caught shrimp, fish, oysters, crabs (hard and soft), clams, etc., for a living.

This smorgasbord of seafood was a large part of my young life. Not only were we able to obtain fresh ocean edibles, my grandmother with great skill would prepare these delicacies.

Changing the subject to who cooked what, I segue to my father who had a taste for some of the finer foods to be had. He loved lobster and even though this dish was seldom had, when that rare occasion came, it was a taste sensation to behold. We each would receive a mug of butter, a lobster tail, home cut French fries and long sesame rolls. The bread was meant to dip in the sauce created by the melding of butter and lobster. Dad was also a steak lover. When we dined on beef, we ate Delmonico’s. In today’s vernacular, Ribeye’s, and always eaten rare by my father . . . me, I’m more of a medium rare kind of guy.

One meal I recall with great fondness was pizza prepared by my father on Sunday nights.

A Chef Boyardee cheese pizza covered with a pound of sausage. I can smell and taste that boxed delight even now as I write. My father passed when I was 22, but I’ve had the great blessing of passing this tradition down to my son. We would dine on this very same recipe when he was but a lad.

Food holds such memories that take us back to wonderful times, enhancing the memories we cherish.

I hope your week brings many blessings, through the love of our God. I’ll be a speakin’ at ya next week. Until then, be safe and whip up something to eat . . . who knows, you may be creating a memory, you’ll look back on years from now.

Musings of a Disturbed Individual

Sometimes I find myself…no, let me backup. Usually I find myself thinking unusual and off-the-wall thoughts. Like the other day, after an extended period of rain, I noticed the backyard was covered in birds. As I looked closer, I could see they were feasting on the bounty of earthworms that had been flushed from their homes from the rain we had received.

Now I’ll have to say this made me wonder: If I were an earthworm, would I rather drown or be pecked and eaten alive? I’ve heard that after the initial shock of not being able to breathe, drowning is a peaceful way to go. There’s no reliable information on what it’s like to be pecked to death, so I believe that after considering both avenues, I would choose drowning.

My final thought on this all-important subject: Worms are stupid.

Have you ever (and I know you have) picked up a piece of food too hot to handle and then tossed it into your mouth? After experiencing the head bob and weave, the absurd gyrations, the sucking and blowing of air, and the second degree burns, I have one question: why do you do it time and time again? Notice I left myself out of the equation. I’m allowed to because it’s my blog.

This next one affects a large portion of the population: arachnophobia. Please don’t take offense at my comments, for everyone is afraid of something. But have you ever noticed the reaction when a spider the size of a pin head lowers itself onto someone with this phobia? The only thing I can compare it to is a grand mal seizure, except much more amusing to watch. Please attempt to keep the victim from injuring themselves as they flail their arms wildly while keeping your own self safe.

Case in point: I have two young men in my family. One is large, strong and could pound the average person into the ground. The other is much smaller but practices mixed martial arts. Now both of these individuals employ their wives when it comes to killing spiders, bugs and other creepy crawlies that may enter their “safe space.”

Shellfish have always fascinated me. Some crawl, some lay in the mud and some bivalves use a squirt of water to propel themselves. They’re also tasty to eat. In fact, just like Will Rogers said about people, I never met a shellfish I didn’t like. However, for the life of me, I cannot understand how someone could have opened a raw oyster and decided that a salty ball of snot would be something they would want to eat. I am, of course, one of the ones who do.

I have come to the conclusion that writing and shellfish go hand in hand. What could be better than reading a 300-page manuscript and eating a fifteen-ounce lobster drenched in butter with a side of fried shrimp, steamed clams and a dozen or so oyster shots?