Mosquitoes, Vacations, Heat Waves, Meat on the Grill, Tornadoes, Swimming…the Good, the Bad, and the Ugly; Summer Has it All! 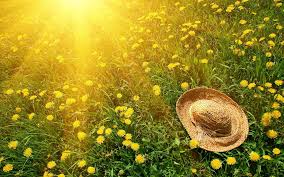 I’m sure you already know summer’s back in town. It goes without saying, this particular season of heat comes around each year. I think what we all take for granted are the creature comforts that not so long ago was unavailable to the average homeowner. Air conditioning makes life bearable, especially for those who live in our southern cities from one end of the country to the other.

I can’t imagine writing on an ancient typewriter instead of the modern computer I’m able to use as I pen this blog.

Simple things like indoor plumbing allow us to take frequent showers so that others can stand to be around us. When I watch television and a show I have chosen is a western or something from an earlier time period, I often wonder about the odor in a room full of unbathed people dressed in wool clothing in the middle of the summer; not to mention the saloon girls engaging in their chosen profession. Kind of makes you shudder, doesn’t it?

The season we will officially embark upon June 21st is the summer solstice. It’s the time of year when kids are out of school, vacations begin, fresh vegetables grace our tables and grills throughout the neighborhood pummel our senses with enticing aromas.  All in all, summer is a wonderful time of year; just don’t forget to indulge in indoor water and a bar of Irish Spring.