That There Be One Big Bug!

Do you ever wonder about people and their fears? I’m not talking about the many different phobias that attack the population–some rational; some irrational. I am referring to the creepy crawlies in the world of insects and reptiles, namely spiders and snakes. I find myself contradicting what I wrote at the beginning of this blog by reintroducing the suffix, phobia. The fear of spiders is Arachnophobia; the fear of snakes is Ophidiophobia, the fear of stinging insects (usually wasps) is Spheksophobia, and the fear of mice is Musophobia.

I’ve seen folks nearly wreck the car they were driving to get away from a stinging insect. I received this information first hand from sitting in the passenger seat of said vehicle.

I had a close friend who was deathly afraid of snakes. We went fishing along with his brother in a john boat one Saturday. After tying off to a small tree, we began to cast. Several hours passed and I happened to turn and look up to see a copperhead just a few feet above our heads. My friend was a good sized man. I was more afraid of him trying to get out the boat in a panic than I was of the snake. We managed to untie the boat and push away from the tree with him none the wiser, all intact and no one in the drink.

One thing I have done more than once is carry my sister from one room to the other or even outside, to get away from a mouse.

Just to mention the word spider, I guess, says it all, as I would tend to believe that Arachnophobia is one of the more prevalent fears within our ranks.

Fortunately, the creatures I have named don’t bother me. I have included similar, but more exotic, beasts in my science fiction novels.  They boggle the mind and hopefully entertain the reader.

I used to catch non-poisonous snakes and allow my son to touch them to keep him from being afraid. The same with turtles, frogs, lizards, and salamanders. We lived in the country and I wanted him to experience the safe side of nature.

We may get a chuckle from someone flailing around trying to avoid an insect, but it’s no fun being the one that’s afraid. To bring it into context, everyone’s afraid of something.    Check out the camel spider below found in Afghanistan.

Some days the words slide out of your brain like oil across a greasy slab of ice. Today ain’t one of those days. I find myself distracted, staring out the window at our neighbor’s cocker spaniel. This little pooch spends as much time at our house as he does at his own. Of course, this special dog is so friendly it’s a pleasure to have him around. 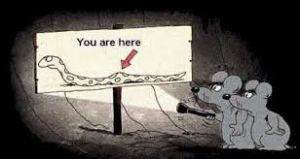 Interaction with this captivating canine brings to memory a blog I posted several weeks ago, about my pal Wilbur. The story chronicled the friendship and high jinx between a boy and his alligator.

As I sat, memories of pets I had owned began to fly through the window of my brain, not unlike Dorothy’s visions in the Wizard of Oz as she spun round the interior of a tornado.

I finally reached the abyss which houses all things animal. Knowing that any resistance was useless, I closed my eyes and plunged into the dark recesses of my mind.

Once I hit bottom, I was a young man again, old enough to drive, but too young to have developed a sense for the value of a dollar. What does one do in such a case as this?

I cannot speak for others, but this enterprising young lad slapped good money on the counter for a brand-new boa constrictor and what would become said constrictor’s first home cooked meal.

Imagine my excitement when I arrived home and began rearranging one corner of my room dedicated solely for my, as yet, unnamed pet.

An aquarium provided the general living quarters, blue gravel carpeted the floor and a piece of slate, suitable for hiding under or sunning oneself, with an all-inclusive light bulb mounted on the ceiling.

I set the scaly little beast into his new abode. Eureka! I had created a showplace including one happy little reptile of the slithering variety. I gave him a day to get used to his surroundings and then began to tackle the necessities this creature would need to survive. After all, a pet owner must be responsible and responsibility was job one as far as I was concerned.

Due to the miracle of the written word, it is now 24 hours later.

And now for that first home cooked meal… I’ll have to admit that the last statement isn’t totally accurate. It’s true that we were at home and that a meal was forthcoming; but to say “cooked” is a bit of a stretch. It’s more like rare… Okay, it’s raw and maybe even alive. I’m having a hard time determining the “alive” part. It won’t stay still long enough for me to catch it.

All right, I confess. I’m about to feed a living creature (a little white mouse) to a ravenous beast, probably among the most hated in the world–the deadly boa constrictor.

I remove the top and drop the poor little defenseless mammal in. I sit and await the carnage. The primeval battle of “hunter” versus “hunted,” which plays itself out thousands of time each day, is now unfolding before my very eyes.

At first, the prey stands very still, sensing something’s not right. The hunter, waiting, partially hidden beneath the slate, his forked tongue dancing left to right tasting the air. Then movement. Slow and cautious to begin with, turning to fast-paced whimsy as the mouse frolics around the aquarium.

He danced around the snake, over the snake, on the snake and in what I saw as the ultimate act of defiance, he bit the snake.

I wonder why they literally go belly up? It’s probably a sign to remind people (such as myself at the time) who feel they have nothing better to do with their money than to purchase silly items, start a savings account.

When all was said and done at least the mouse had a nice place to live. Are you a homeowner, reside in an apartment or rent a single-family dwelling of some sort? If so, then you know all too well of the niceties that come with living in today’s usual fashion.

Oh there are always maintenance issues such as washing windows, cutting the grass, weeding the flower bed and or vegetable garden, along with general landscaping duties. Then we come to larger concerns, painting the house, repairing rotten wood and replacing worn-out shingles.

However, I do believe the worst household chore, nay necessity would have to be pest and vermin control. Now here is another important question. Do you call an exterminator? Or are you the more adventuresome type, i.e. cheap. If you’re like me, I’ll call an exterminator for one thing and one thing only.… Termites. (Since we will not discuss professional pest extermination, termites will not be mentioned again except to say, “no termites were harmed in this post.”)

I find that ants are one of the most difficult species to eradicate. I’ve sprayed, used a clear gel that they eat and take back to the colony, I supposed to feed their young because they keep coming. The most effective methods I have used to date, are the thumb smash, or sun through the looking glass.

Next, one of the easiest pests to eradicate are the numerous paper wasps that feel the need to build their ingenious little homes underneath the overhangs and porch ceiling of my home. All it requires is a can of hornet and wasp spray. A short blast to the unsuspecting insect and except for the death dance once they hit the ground, they’re pretty much done for on the way down. I call it the spritz and twitch.

I don’t mind snakes, but don’t particularly want them in the house. They are easily enough, picked up and tossed outside. I don’t have a problem with spiders and insects as long as they frolic in the great outdoors, however once they enter my abode they are fair game, by spray, boot, rolled up newspaper,  flyswatter or small arms fire.

I’ve never had to share a living space with cockroaches so I know nothing of how to eliminate these critters other than, place roach under shoe and press down firmly. From what I understand roaches are rather stupid anyway. They can live for a week or more with their head cut off, and that’s only because of starvation or lack of fluid intake. I guess that means, with or without a head they’re pretty much brain dead. Hey, that just happens to describe most politicians. Sorry if I’m sounding inordinately repetitive, but if the hat fits the empty head, and besides they make it so easy.

When it comes to rodents I don’t care for poison as I want to see that the nasty little fuzz ball has bitten the dust. I opt more for the tried-and-true spring-loaded trap. There’s just something about those beady eye balls, popped out of their sockets when that metal bar lands across its neck that tells me, that particular disease factory won’t have another chance to gnaw or crap on my food.

As I think about it, this post is telling me to write a fantasy or maybe a horror novel. That’s it! A horror novel. A horror novel about zombies. I can see it now. My protagonist, a well armed mountain of a man. He carries two sawed-off shotguns, 50 Cal. Rifle, a flamethrower and multiple hand grenades, knives, 45’s, 357’s, and a sewing kit to mend rips and tears in his clothes.

Wow! It’s uncanny how similar that novel is to my life as a bug killer. It’s… It’s almost like an autobiography. Gonna be a bestseller for sure!