Do you remember the old television shows Roy Rogers, Lone Ranger, Bat Masterson, and the like? Well, neither do I, but what I do recall, to mention a few, are the written classics, War of the Worlds, The Old Man and the Sea, and Journey to the Centre of the Earth (for all you, “Vernians.”)

If I really dig deep, when it comes to classic entertainment, my fondest memories were as a child viewing Warner Brother’s cartoons. Early Saturday morning my sister and I would arise from our slumber being careful not to wake the parents. We would park our butts on the floor in front of that magic screen and watch Bugs Bunny, with his Bronx accent outsmart any number of characters foolish enough to take-him-on.

I’ll have to admit that anytime I get to watch those great cartoons of yesteryear, I turn into that little boy sitting in front of the boob tube early Saturday morning.

Do Chipmunks Scheme About Hassling Hounds? 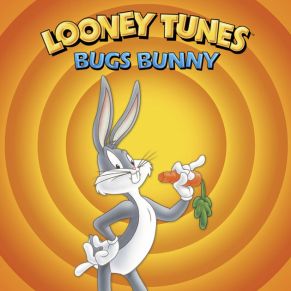 Anthropomorphism (giving human characteristics to an animal) was probably solidified in this day and age by Walt Disney. That’s just my opinion, but given that and $3.00, you could come away with a decent cup of coffee.

I find myself guilty of this many times over. Not just people talk in my novels, but the majority of creatures with a heartbeat tend to spew out conversational pieces better than most Americans. Of course, American English being what it is, speaking it in some form is not a difficult feat.

The all-time voice of voices was Mel Blanc. Able to stream the dialogue from every character in a single cartoon, including Bugs Bunny, Tweety Bird and everyone in between, was absolutely amazing.

Fortunately, as I write I am able to see and hear my characters as I create them. Even the ambient noise comes to life as I pen each novel. I am so appreciative to God for giving me the ability to place my imagination on paper. Now it’s up to me not to blow it!