As a Younger Lad, the Original Vocation That Captured My Attention Was One of a Rock Star 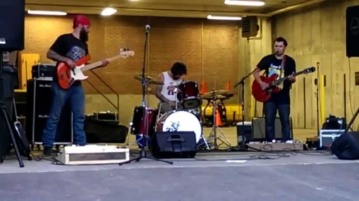 As a younger lad, the original vocation that captured my attention was one of a rock star. I had taken the time to think through every aspect and was confident I would find my place in the limelight. Armed with all the necessities (i.e., instruments, amplifiers, drums, P.A. and the personnel, including myself) to play, vocalize, and operate sound equipment, I set out.

Now, when beginning a musical career in the rock star arena, it is a hard and fast law to start in a garage–hence, the title, ‘Garage Band.’ After months of rehearsals, these practice sessions upset the neighbors and provided numerous appearances by the police for disturbing the peace. At this level you earn the right to play your local low-class establishment (AKA “a dump”) for nothing but exposure.

Eventually, you work your way up to playing higher class dumps, and from there to the club circuit in the nearest city to where you reside.

The first time I stepped into a recording studio, I knew I had it made, although the enjoyment was outweighed by the heavy tug on the pocketbook. This monetary hardship is in turn lightened by the finished product. It’s the circle of music and the price of fame, which still eludes me today.

I finally retired from the music biz after my son was born. I came out pretty much like I went in. Playing the gambit from dump to class and making enough money to afford strings and pay my bar tab each weekend.

A bit of time has passed since I pounded out power cords and lead riffs. Though I derive more pleasure writing sci-fi fantasy novels and listening to my hard rock favorites through the speakers in my writer’s room . . . thinking back on my short lived music career– the stages, comradery, music, and a beer or twelve . . . it had its moments.

Have a great week and may God bless!

8 Tracks, CD’s, Vinyl, or Carrier Pigeon. Don’t Much Care How I Get The Music, As Long As It Keeps On Comin’!

My “go to” for music in my younger years was cassettes. However, 8 tracks, CD’s, vinyl, or carrier pigeon-don’t much care how I get the music as long as it keeps on comin’. I do remember 8 track tapes, as my father frequently used that media to play his country favorites. Vinyl albums were still the crème de la crème of audio; however, nothing could beat the portability of the pocket sized cassette. As time progressed, the hardware for playing these miniature marvels excelled in quality until they matched everything the turntable could do without the bulk and the fear of scratches.

It was somewhere during this journey, long before I considered becoming an author, my goal was to be a rock star. This culminated after years of playing bars, hotels, roadhouses and every other dive in between, with having my first child and deciding I’d listen to music in lieu of playing said tunes. As my son grew, I had the great blessing of teaching him to play the bass guitar, and we went on to serve together in our church praise band.

Back to the world of audio media, the cassette became obsolete shortly after the CD was introduced. The compact disc would cure all ills present in the world of ear candy to date. Storage problems, superior distortion free sound, constructed from materials that would last, along with numerous other advantages.

Who knows what they will come up with next. The CD gave birth to the DVD, Blue ray disc, and beyond that I’m in the dark.

Oh well, I’ve ridden about as far as I care to on the technology train. Guess I’ll be getting off at the next stop . . . then again, maybe not.

Have a great week, and God Bless!

Before I began writing a string of best sellers . . . all right, one best seller . . . okay, I haven’t broken through to the best seller list yet; however, and I want you to take this to heart, I am only a few thousand books away, I was going to be a rock star.

Back in the 70’s, when but a teenager, I had been playing my father’s guitar (a 58 diamond anniversary Gretsch) when I decided to save my coins and purchased a black 76 Les Paul custom with three gold pickups. Allow me to tell you I was ready to set the world on fire.

Once we went through the process of selecting the band members, we began to hone our craft. To start off, we played cover tunes consisting of the most popular songs of the day.

We were officially ranked as a garage band. In those days, as I am sure is the same today, noise remains a problem. I cannot count the number of times the police were called on our tiny little foursome for releasing an overabundance of racket. I believe they call it, “disturbing the peace.”

One of our largest obstacles was equipment. For the most part, guitars, amplifiers, and drum sets were a cinch . . . well, a cinch compared to the difficult items.

The first on the list . . . and this was a biggie . . . a PA system. I played for years with a substandard singing apparatus. Of course, when I think back, our second-rate PA’s matched our inferior ability to play, so it all came out in the wash.

It’s a lot like writing. You endure much criticism before you finally hash out what you need to succeed.

The later years were much kinder and rewarding. We were booked every weekend, with occasional weekdays, and some out of town work. With full-time jobs, this was about all, and truthfully more, than we could handle. I gave it up several months before my baby boy was born.

Like many things, it was fun while it lasted, but I’m glad that it’s gone. 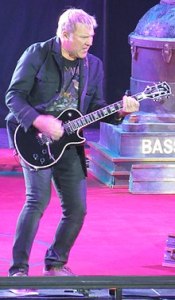