You Can Use a Metaphor and a Simile to Create an Analogy. That One Sentence Makes My Head Hurt 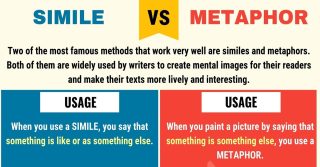 In last week’s post, I touched on comparisons i.e. metaphors, similes, and analogies. You can delve so deep into these categories, such as: metaphors are like similes as you can use a metaphor and a simile to create an analogy. That one sentence makes my head hurt, so I’ll back off. When I started this post, I wanted to say how some tree leaves in the fall can be similar to writing, as when a leaf clings to its host so tenaciously it refuses to release until the following spring.

As an author I tend to cling to ideas, releasing only when I foresee a specific notion becoming a detriment; it’s then, I run away screaming.

Writing can be a tricky mistress. One moment it’s your friend, fawning over you, enticing your being to know you rank among the greats and the next forcing you into the realization that your words would not be worthy of a bubblegum wrapper.

In short, I write because I love to write, as I’m sure, if you are an author, you do as well. Science Fiction, Fantasy, Christian Fiction, along with each genre I write are a good fit and meld with the way my mind works. I will have to admit though from time to time, I wonder about my cranial function.

In short, I find it best if I hang to the creative side of writing and allow extensive grammar and items such as metaphors, similes, and analogies to reside in the hands of others.

Have a great week, may God bless and don’t take yourself too seriously, because no one else does!

Now and Again, Things I Would Term, “Idiosyncrasies” Pop Into My Brain as I Write 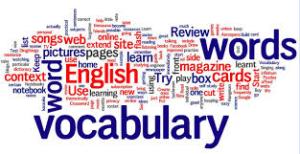 Now and again, things I would term, “idiosyncrasies,” pop into my brain as I write. It came to me this week that I would combine a number of them into my post and see if you had the same insights into my perceived conundrums. I guess, in words we both can understand, I should restate these items are as out of place or so strange as to warrant further investigation.

My first offering is Latin. I frequently read that Latin is a dead language and no longer spoken. Now, I can get behind this, for I never hear someone in everyday life speaking this dialogue that no longer exists . . . or do I? An argument can easily be made to the contrary, that in America we speak English, a language that an overwhelming amount of root words are derived from Latin. It seems to me the language we call dead, is anything but.

My next fuel for fodder begins with metaphors and similes. Two words that are so similar one can be used to define the other. Throw in analogies along with euphemisms, and you have four words that in one way or the other are tied in with the word similar. Go figure, only in American English,

I would like to conclude with a few examples of spelling words in such a way as to make one think mind altering drugs were used when these words were developed. How about “kernel? Makes sense right? Then, why do we have to clutter things up with “colonel”? Why does “minute” reflect time and “minute” reflect size? You or I can “core” an apple, but if we join the Marines we’re in the “Corps”. Did you know that the dictionary’s definition of “suttle” is a frequent misspelling of “subtle?” If a doe is a deer then why is “dough” “needed” or “kneaded” to make bread?

If you figure this post out, please let me “know,” in “no” uncertain terms because the lack of knowledge can be a “tuff” and in some cases a very “tough” pill to swallow.