It’s Amazing, the Things We Recall That Happened in Our Yesteryears. 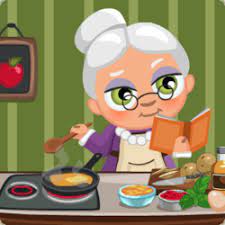 It’s amazing, the things we recall that happened in our yesteryears. Many thoughts of childhood for me  tend to center around food. Having a grandmother that grew up on the coast of North Carolina was a large influence in my life. She could cook country food, and I mean anything from fried chicken to black eyed peas & cornbread, beans, greens and everything in between. I don’t believe I could pen a better meal in one of my novels than my grandmother could produce on her stove.

When it came to seafood, she was adept at preparing shrimp, fish, crabs, oysters, clams, soft-shelled crabs and a multitude of aquatic fare. Her family earned a living off of the sea and we could count on the freshest of seafood along with the pinnacle of preparation.

My dad introduced me to good cuts of steak; the ribeye being his favorite and lobster, thankfully, another of his specialties, and you would not believe how much of a difference cutting your own potatoes for french fries makes.

To think, this post originated from the thought of two apple trees I remembered from my childhood. They were no more than fifty feet apart. One was a golden delicious which ripened in late May. It was a tasty way to start off the summer.

The second tree was a red apple; I’m not sure of the species. It would ripen in September and its fruit would rival any apple flesh that ever passed these two lips.

To say the least I had a wonderful childhood in many ways, including dining fare.

Have a great week, May God bless you and keep you, and don’t be afraid to try something different in your diet!