As Human Beings, We Live Our Lives in a Way That, Over Time, Becomes Familiar 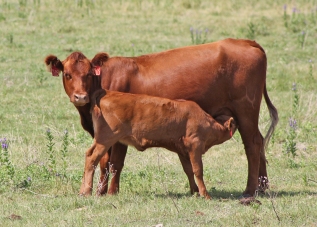 As human beings, we live our lives in a way that, over time, becomes familiar. This may show itself in the words and phrases we use, the way we conduct ourselves, the food we eat, and  other ways too numerous to count.

For instance, ever since we were children I bet you called a four-legged, female bovine a cow.  In actuality, said bovine is not a cow until it has  birthed its first calf. After an initial pregnancy, it’s a first-year heifer. Once its calf is old enough to birth offspring, making the first year heifer a grandma then, the first-year heifer becomes a cow. Now, isn’t that just a syllable from being poetic?

I did a post that included the 17-year locust a week or so ago. What I failed to mention, was what most people call a locust is actually a cicada. A locust is nothing more than a grasshopper that swarms, takes flight, and eats all plant life in its path.

How about these for various collections of animals according to dictionary.com:

1. A flamboyance of flamingos

2. A lounge of lizards

3. A bloat of hippopotamuses

4. A conspiracy of lemurs

5. A convocation of eagles

6. A smack of jellyfish

7. An obstinacy of buffalo

8. An unkindness of ravens

9. A business of ferrets

12. A shrewdness of apes

And just in case you are wondering, a mountain lion, cougar, puma, panther, catamount, mountain screamer, Mexican lion, painter, red lion and American lion; along with 30 or so additional names are all the same wildcat.

Having just celebrated Easter, remember the gift of our savior, Jesus, and what he endured to save us for all eternity. Have one great week . . . as a matter-of-fact, have the best week you’ve ever had until next week!