As an Author, I Spoil Myself by Taking an Occasional Stab at Word Creation 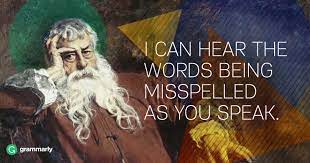 As an author, I spoil myself by taking an occasional stab at word creation when deemed necessary. Since it’s my work, I don’t mind indulging into what normally would be considered taboo.

In the real world, I believe there are numerous words that could benefit from a redo. For instance, an un-popped piece of corn is known as a “kernel;” yet, in the military, the rank carrying the same name is “colonel.”

While we’re on the subject of the military, why is a dining hall referred to as a “mess?”

Did you know the shortest sentence in the English language is “Go!”

Shouldn’t Pedialyte® for adults be . . . I don’t know, more like, Adultialyte?

Now, here’s one that’ll frost your corn flakes: If Latin is a dead language, having it be the root of the lion’s share of English, Spanish, French, Italian, German, and the Mediterranean Sea area, tells me it’s alive and well. If nothing else I hope this week’s post will give you something to ponder.

Have a spectacular week and may God shower you with blessings.

One response to “As an Author, I Spoil Myself by Taking an Occasional Stab at Word Creation”