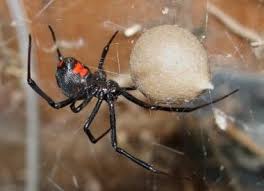 In my four-part book series, Rising Tide, I have a small furry creature with yellow eyes and the gift of speech. The creature, known as a Nuckta, is the last of its race and goes by the name Seeka. This animal is not a pet, but a character, just as any other in the story.

It sets me thinking of the pets I owned in my younger years.

I first recall a Dachshund we named Bo-Peep. I was but a few years old when we took her in, but a teenager when she passed at a ripe old age.

Living in a rural area, we had our share of strays. That was how we acquired our next mutt I named Ralph, a large breed that resembled a sheepdog. Ralph’s ownership overlapped Bo-Peep’s so there were multiple dogs in our household for a while. Ralph and I were inseparable for quite a few years until heart worms claimed my pal.

Lumpy, Marvin, and Gomer followed with the latter being the sweetest and dumbest dog to walk this earth. All of our family and a portion of our neighbors hit this dog with their cars. Poor Gomer could just not learn to stay out of harm’s way, and as much as we tried to avoid contact, it was not to be. Gomer was more like a cat with nine lives until a stranger zipping down the road in front of our house hit him for the last time.

I kept an odd array of pets, including an alligator (which I think was actually a Caiman), Boa constrictor, numerous lizards, turtles, small rodents, a ferret named Floyd, and the crème de la crème, a Black Widow spider.

I watched the arachnid for many weeks feast upon insects before laying two enormous egg sacks. Upon awakening one morning, I noticed both egg-sacs had hatched. The jar now housed mother and a few thousand babies. It was apparent this glass abode was  not adequate to house them all after “Mom’s” delivery. With nothing but a fine mesh cloth covering the square hole cut into the top of the jar for ventilation, the need for something “more” was evident. A can of Raid took care of any residual beasties.

I do believe the last paragraph in this week’s post will prove beyond a shadow of a doubt that teenagers have the propensity to display large amounts of stupid. Please learn from my stupidity not to raise deadly arachnids. Nuff said.

Have one great week and may God bless you richly.