Doctor, Lawyer, Indian Chief, Even Might Find a Little Time to be a Thief . . . Probably Not 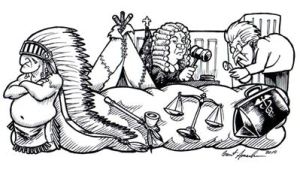 Several years ago I began writing a humorous piece on a couple remodeling their home. They were not performing the work themselves, but moreover acting as the general contractor.

This is something that has become the norm, especially since all of the D.I.Y. programs have appeared across the stupid screen. Please don’t take this as an insult, for the one penning this blog absorbs entirely too much of the screen of stupidity himself.

I cut my teeth after school and on weekends, when I was fourteen learning how to remodel homes and then moved into new home construction, From foundations to roofing. I built everything from the simplest rancher to four thousand square foot homes, in the ritziest of neighborhoods.

I then moved on to commercial work,  finding it offered so much more. By the age of twenty three I began my first superintendent’s job, albeit small, to me I was raising the Empire State building.

Years passed and jobs in size grew, until I abandoned it all in my early thirties for a position in a trade show fabrication shop for a pharmaceutical company.

Here I learned how to build cabinets and some of the wildest displays you could imagine, not to mention traveling the length and breadth of the United States.

Due to health reasons I left this line of work after sixteen years and of all things, chose writing as my next attempt at a career.

So far things  are going well, at least they look good on paper, (no pun intended) but not as good as I would like as far as lining the wallet goes. I’ve published four novels, with a fifth on the way.

What I have learned from this lifelong experience is, never give up!

As far as being an author, I don’t believe I could have chosen a more enjoyable vocation, but if you don’t get your books in front of eyeballs that will read them, you may as well scribble on paper with a crayon. If you want to be a successful writer, then remember these three words…Marketing! Marketing! Marketing!